Imagine going to sleep, says a professor of mine, with one slight difference: you don’t wake up.

This is the pointblank fact of death. It is a permanent shutdown, a logging off of systems without having the possibility to start up again. In sudden deaths, it’s the abrupt termination of knowing with a slight transition of pain to the point of not-knowing. There are no hyper-realities or hyper-consciousnesses. No knowledge of the sensible, no knowledge of an after world.

Today, we went to the wake of a friend who died of cancer three days ago. She was 29 years old and a mother, a single-parent to a very lovable two-year old girl. Being a single mom, she worked for a year in a restaurant in Singapore until she showed signs of her debilitating illness. Instead of seeking immediate medical attention, she insisted on finishing her contract before going home which took a couple of months. When she went to the doctor to get diagnosed, she was told her cancer is at stage 1 and that she needed to undergo chemotherapy as soon as possible. Due to financial difficulties, she chose to delay her treatment. She went back after another couple of months only to be told that the cancer has now spread. A week ago, she underwent her first chemotherapy session, but her body seemed to reject the treatment. Days later, she experienced difficulty of breathing and asked to be rushed to the hospital. She was immediate brought to the intensive care unit. After a few hours she passed away.

Seeing and talking to her mother could not be more heart-breaking. She breaks down at almost every sentence she utters and does not show any signs of moving on or acceptance. Her daughter, innocently approaches and cheers up everyone, looks at her mother without awareness that the woman who once nursed and took care of her will never again wake up. All she knows is that she is inside a box, as she did on her hospital bed. She even brings her food, showing that she is not aware that her mother will never again get up. Her friends could not fathom the reason behind all this suffering. It does not help to know that the doctors told the family that had they had more money, the disease could have been easily treated, and that the reason why they say there is nothing more they can do is because the family could not afford even an hour more to pay for the intensive care room. (She was confined in a government hospital.) Her death killed hope and all hopes for many around her, but it invited many unanswerable, complex and painful questions about existence and life. And death.

The experience of death is very difficult to understand. To spare the complexity of rational, causal and purposive questioning, some would immediately invoke God to solve this dilemma. A Deus ex Machina solution saying God knows better than we mortals do if articulated in a spiritual tone would soothe any doubting soul. Christians are turned to Job and how this man of faith suffered while a God on his watchtower plays his dice with his enemy and vouches for his beloved. Man is turned to the fact that we come from dust and to dust we shall return, and that we shall all meet again in the afterlife. We are told to gaze on the cross and look at the man who suffered and died and compare our sufferings with his. It calms the heart to know that there is an existential continuum between this imperfect world and the next, and we are encouraged to remain steadfast so that in the end, we will all meet again and enjoy everlasting life under God’s eternal light.

A group of elderly women visited the wake and said a very long prayer complete with the litany for the dead. They asked for forgiveness for the sins of the departed, and offered prayers so God will be gentle while she is in purgatory. I joined their prayer in respect and out of sincerity of remembering the person, but for a few moments, I have secretly engaged in philosophical reflection. Try as I may, I could not avoid asking after each Hail Mary: What if there is no afterlife? What if life is just like a tablet battery gradually draining and death is emptying of power without any possibility to recharge? What if there is no waking up, and that despite the infinite capacity of our minds, our minds has its lifespan? What if there is no spirit, no ghost, no soul, only the hear and now? What if we will never see our loved ones once again? What if their presence decays once their bodies start decomposing? What if they do not see us at all, and what if we will not see them again? What if instead of eternal life, it is eternal nothingness waiting for us? No communication. No consciousness. Nothing.

The only thing we can be sure of is that we DO NOT KNOW. It is the safest, most logically sound position one can adopt when confronted by the question of death. If by knowing we mean consciously and experientially grasping, and not merely believing by creed or doctrine or faith, then we surely do not know. For even near-death experiences are, in fact, near death, not actual. (That is why whenever asked where someone is after death, I always say “I do not know”, and shut up. To me it’s the end, the death of that discourse.) Our senses are limited to know just the here and now, and anything beyond is imaginary, if not literary. It’s as bleak as it gets, as grim as it is actually is. What we BELIEVE is something else. It is inarguable, and deserves respect at all times even by those who do not agree with our stand. It should not be subject to criticisms at all by anyone or by any other belief system. Most especially if it helps us cope through the painful experience of dying and death of a loved one. If we would like to believe there is something more, and this helps us cope and move on, then by all means, we should not stop believing.

Coping with the reality of death is one of the basic functions of religion. Religion provides a narrative to extend the going-to-sleep-and-not-waking-up fact which all of us understand. It adds meaning to life prior to death–meaning from birth until our ticking time bomb self comes to an end–such that morality is geared towards achieving life at its fullness. At its worst, it gives man something to fear and in doing so controls man to perpetuate religion’s relevance and purpose. At its best, it provides man peace of mind when he finally undergoes this painful episode of his life or that of his loved ones.

Now, can we blame people from subscribing to religious beliefs? I would like to argue against theoretical atheists who during the strength of their minds and their feeling of youthfulness condescend on people who choose to believe instead of doubt, who choose to rely on God for salvation than on themselves. Religion is more than a need of God to control his people and a group of male chauvinists who would like to instill a one-sided view of reality and morality. It is more importantly, a need for man to strengthen his hold on hope and life in order to die a peaceful death. For without religion, death’s grim repercussions and consequences become more unbearable. Even if death is a personal experience only the dying person alone can experience, it provides a feeling of community and connectedness for the one experiencing death. Even if death is unfathomable for people who suffer the loss of loved one, they feel comforted and not alone. Would an atheist or non-believer have a counter-solution to this need of man to be at peace at point or in encountering death? I would like to see a happy atheist dying and know his secret for only in doing so can I agree that we do not need religion in this day and age. Death, inevitably, is a reality every man prepares for whether wittingly or otherwise.

To the family of Anne, I pray for your strength in this trying times. I pray that the God of life and consolation brings you peace. I pray that you find the strength to move on in His grace. May you find the answers, not necessarily the right ones, but the ones that would calm your troubled hearts. Amen. 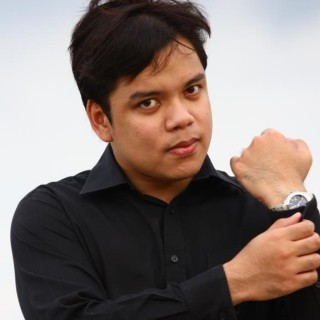 An anomaly of nature. A survivor of the many stages of Darwinian evolution. An ebb of the social structure. Yet a grateful gazer of the world's magnificent chaos!